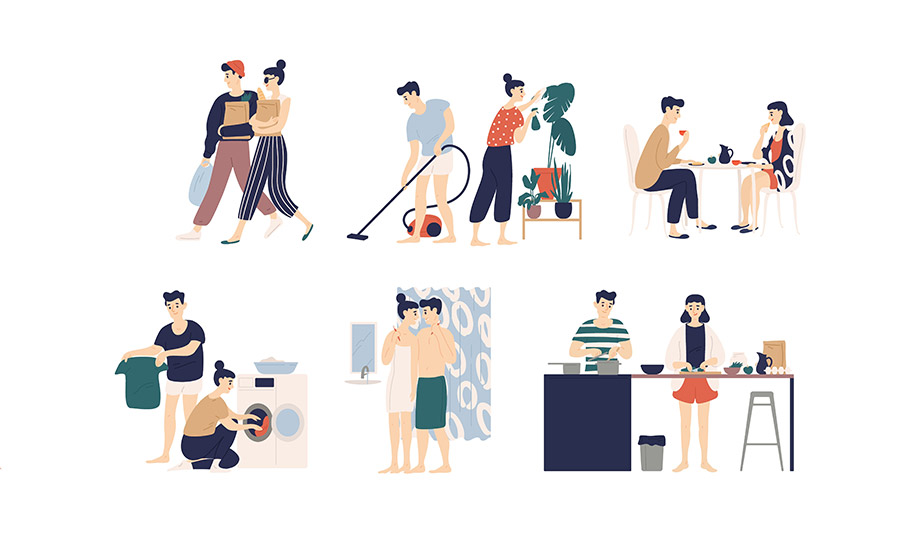 As marriage counsellors, one of the questions we hear the most is: “How can a couple keep their relationship from falling into a routine?”

Yet, they forget to ask each other the most important question: Who feels it’s a routine? How does my partner define routine?”

A fact we’ve noted in regards to the majority of couples who complain that their relationship has “fallen into a routine.” Normally, only one of the two think this, and the other disagrees. That’s what happened with Nadia and Felipe.

They had been married six years and have a four-year-old daughter. The couple lived in a somewhat stressful relationship. She worked a part-time job in order to help the family’s income, and their daughter stayed at daycare. Felipe would arrive home late and after a shower and dinner, he would glue himself to the TV until he was so tired he dragged himself into bed. They spoke very little, normally Nadia would start talking at dinner, while Filipe simply said “a-ha” and nodded his head now and then—to pretend he was listening. On the weekends, Filipe worked Saturdays until two in the afternoon, and when he arrived home he just wanted to rest and go back to the TV.

Nadia was, understandably, frustrated. “Our life is a routine. I know exactly what’s going to happen when you get home: nothing. It’s just you and that annoying television. I’m tired of this.” — She vented.

Felipe, with an air of surprise and puzzlement, justified himself: “But you know we don’t have the money to be going out and doing what you want. We already talked about this. I thought we agreed that once things get better we’ll do more of what you like. You have to be realistic.”

In other words, what Nadia called routine, Felipe called “tightening the belt until things get better.”

There is a huge problem right there. When a couple has different definitions of what is routine. What’s worst is when one of the two loves routine and the other hates it…

That’s why it goes back to the first question: How can a couple keep their relationship from falling into a routine?

Seasoning the above points is the salt of romance. It doesn’t matter how long you’ve been together, you have to see each other as dating. That way you’ll never consider that you already conquered your partner. On the contrary, you will always be playing the wonderful I’m going to conquer your heart game. Where you will daily think of ways to express your love and touch your partner’s heart.

Through a bit of effort, your relationship can be so vibrant, it doesn’t matter how many years you’ve been together.

Change the routine in your relationship.