Nixon: ‘I came from a family with a history of alcoholism. Consequently, I began to drink alcohol. It became a habit that started affecting me deeply. That was my state when a friend introduced me to Leah. I was only 20 years old and still very immature. From the moment I met her, I felt something special. A few weeks later we started a relationship.’ 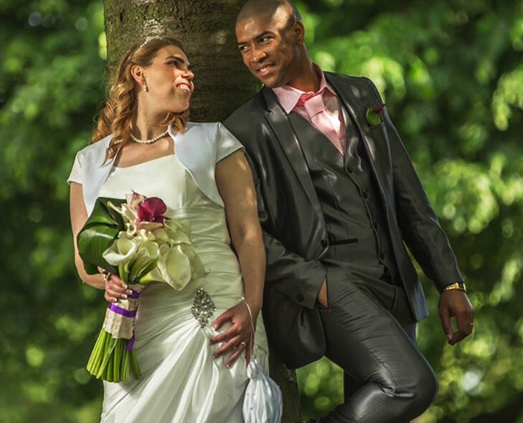 However, with time the initial passion disappeared. Nixon’s drinking habit was ruining his life, as well as his relationship with Leah.

‘The truth is that, in addition to alcoholism, I had another problem: I was unfaithful. I couldn’t explain what I felt when a woman passed me by. Although I was with Leah, I lived like a single man. After being together for a long time, our love turned into hate. We spent most of the time arguing.’

Leah: ‘I knew about everything he was doing. My husband was a womaniser and this destroyed me. I stopped believing in him – even when he was telling the truth. I became extremely agitated and, to drown my pain, I also got involved with alcohol and started smoking excessively.

Our relationship was on the verge of ending.

One night, as I was looking for something to watch on TV, I ended up watching a programme where a woman was speaking about the family problems that she had suffered and how she had managed to overcome them with the help of the Universal Church. In the end, her husband and her children came and hugged her. I started crying. I wanted what she had — a happy family. If what that lady said was true, and if God had really changed her life, then maybe that could also happen to me.

I began to attend the church and it was better than I expected. I learned things I had never thought of. Gradually, I learned how to work on my inner self and fight against my problems with confidence. Over time, Nixon came to notice how I was changing.’

Nixon: ‘There was something different about Leah that intrigued me. She was acting differently towards me. She was no longer shouting constantly, nor wanting to fight. It was the difference that I saw in her that made me accept her invitation to go to the Universal Church. I thought maybe they could help me too, and I was right. By regularly attending the services and putting into practice all the advice I heard, little by little, I was able to leave my negative behaviour behind.’

Leah: ‘Before, I did not love myself; I did not consider myself beautiful, but when I began to understand my own value, I realised that I was capable of achieving anything. I decided to give Nixon another chance and move on — and it was worth it.’

Nixon: ‘I am grateful that my wife did not give up on me. Our relationship and our lives have completely changed. We have differences, like all couples, but it does not take us long to sit down, talk, and settle the matter. We are closer than ever. Now there is understanding, respect and faithfulness. We are truly happy.’