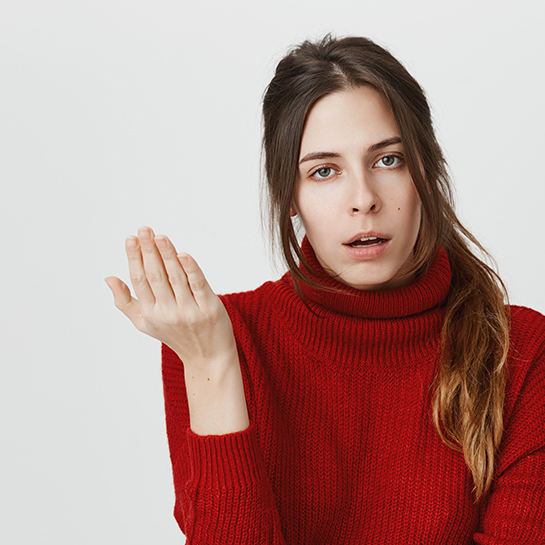 Many couples make the mistake of making a big deal out of small issues. The majority of problems are caused by little things, because people don’t know how to resolve them. To rectify this, we should learn from an extraordinary biblical character, someone even God told us to look to: Abraham.

Abraham didn’t make a big deal about anything; he was always ready to let things go. He and his wife Sarah could not have children, and according to the customs of his time, he was justified to find a second wife to continue his lineage. However, he chose to stay faithful and honour his wife rather than himself.

When his nephew Lot asked if they could part ways, Abraham did not make a big deal about which land he would choose. He had authority over Lot and the right to decide, but he didn’t. And when Lot was taken captive, Abraham didn’t throw his nephew’s decision on where to dwell back in his face, but rescued him willingly and without judgement. He honoured his nephew. He even refused to keep the spoils of the battle.

“That I will take nothing, from a thread to a sandal strap, and that I will not take anything that is yours, lest you should say, ‘I have made Abram rich’— except only what the young men have eaten, and the portion of the men who went with me: Aner, Eshcol, and Mamre; let them take their portion.” (Genesis 14:23-24)

Abraham never puts his own will first. Needing to be right is what causes someone to make a small thing into a big deal.

Even though they love each other, many couples can’t resolve problems simply because they want to hold on to their will. They want to be honoured. But if there is one thing we can learn from Abraham, it is that he always honoured others because he first honoured God. Even when God asked for his son, Abraham was able to put his will aside because he wanted to honour God.

Don’t try to be honoured, but honour others. When you do this, you are doing it for God and He will honour you because He sees your willingness to let things go. The more we seek honour for ourselves, the less of it we will have.

Not making a big deal out of things stops you from having expectations. When you expect too much from people or situations, you become frustrated when they aren’t met, which in turn leads to anxiety.

Allow God to guide you. If you are honouring your spouse with the intention of honouring God, then you will be honoured in return. You won’t expect praise or recognition, but God will surprise you. Letting things go will make you a happier person and your home will be at peace. Isn’t this what everyone wants?