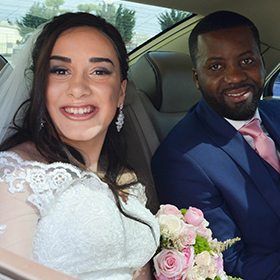 “Since school, the boys that I liked never liked me back, and it was always me who made the first move. This carried on for quite a long time throughout my teenage years. It got to a point where I thought, ‘Am I the problem?’

It caused many issues within myself: a low self-esteem, a low confidence, and it sparked my self-depression. The question running through my head was, ‘Am I going to be alone forever?’

I was always happy during my childhood, but after my brother was seriously injured in a car crash, my parents’ attention went to him. Also, in school, my best friend and I became disconnected. Everything I was experiencing: loneliness, depression and the lack of attention, made me want
to die.

Eventually, I developed feelings for a close friend and we entered what I thought was a relationship. A few months after, I found out that I was not the only girl he was seeing, which caused me to feel betrayed.

After my failed relationship, I had the opportunity to focus and analyse myself. I attended the Love Therapy, where I learnt to love myself before I looked for somebody else to love. I put seeking love on hold and then started to pursue my dreams, including becoming a graphic designer and coming to the UK. I didn’t realise it then, but as I developed myself, I became a woman with attractive qualities. That’s when someone, my husband, came along.

I didn’t have to approach my husband the way I approached guys in the past. We got to know each other more, and today, we have been happily married for over a year.”